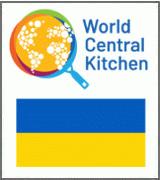 Like many other small businesses, Jan's Jewelry Supplies started in a garage. With a Master's degree in Special Education, Jan started dabbling in antiques while she waited one summer, nearly two decades ago, to find out whether or not her teaching contract had been renewed.

With a mother who had owned an antique store, buying and selling antiques was a logical choice for Jan while she waited it out. During that summer, she attended an auction at an old farm house where she hit the “mother lode” of vintage jewelry. When she came home, her husband, John, suggested they create a web site for selling vintage jewelry. At first Jan rejected the idea, thinking it would be an impossible task since at the time she had little knowledge of vintage jewelry, and even less knowledge regarding web sites and most anything computer related. John convinced her to move forward with this endeavor by assuring her that all the information she would need was available on the Internet. She eventually agreed, and John built and programmed a web site and taught her how to run it.

She jumped in with both feet, determined to learn more about vintage jewelry. Over time the website took a number of twists and turns, including the addition of vintage clothing, accessories, and patterns filling many pages of the web site alongside the vintage jewelry.

Jan quickly learned that finding supplies to repair her stock of vintage jewelry often meant buying in very large quantities. The excess of supplies soon lead to designing jewelry, not only for personal use but also for selling on the web site. As the surplus of supplies inventory continued to grow, it was apparent that something else would need to be done with all of it. She concluded that if she wanted to buy supplies in smaller quantities, then others must as well. She began to offer beads, rhinestones, and findings for sale, without requiring a large investment in any one item. The site was a hit!

As the findings and supplies portion of the business grew, space became limited. Soon all the vintage clothing, accessories, and patterns were sold off to make more room for the burgeoning supplies inventory. Jan's Jewelry Supplies began to transform into a web site for everything jewelry related, including information about rhinestone sizes, a glossary of jewelry terms, some design techniques, a free bead calculator program, an ever-expanding selection of supplies, and some of Jan's own jewelry designs.

Even after streamlining the site, space was still a looming factor. It was time for a much larger garage. About seven years into the business, Jan purchased a new home with what she thought would be plenty of space for the business. Several years later, however, it became apparent that working out of her home was no longer an option. Thus the search for a commercial building began…

A building was purchased to serve as the new residence of the business. Written into the contact was an agreement to purchase the adjacent building four years later, with the intention of converting that property into a brick-and-mortar bead shop. The business began to settle in to the new location, and local online customers quickly became aware that the former mattress store was now Jan’s Jewelry Supplies. They began making constant requests that a retail space be opened up. Four years began to seem like an eternity.

Six months before the adjacent building would be available to purchase, the team began preparing inventory for sale in the new shop. Thousands of new items were purchased to help round out the selection and increase appeal to new clientele. The walls were painted, pegboards hung, and shelves stocked. The shop opened to the public October 26, 2013. Unfortunately we had to close the retail store on April 28th, 2017.

Although Jan's Jewelry Supplies continues to specialize in vintage rhinestones and findings, the retail shop has grown to include a multitude of beads, findings, and finished jewelry, giving it more of a boutique bead shop feel in the front of the store. The back portion of the shop serves as a treasure seeker’s paradise, and is filled with bin after bin of jewelry making supplies from old to new.

With a number of seating areas, the shop is not only a place to buy supplies, but also to sit down, socialize, and share ideas with like-minded individuals. There is even a classroom/work space area where said individuals can come in and learn to make jewelry, or just use the space to create.

The workspace is equipped with many of the standard tools for making jewelry. However, this space is really unlike any other in the world. Jewelry and clothing manufacturer’s tools were procured to aid clients in making their own unique designs. Five vintage industrial presses line the walls, and not only give an old-fashioned character to the space, but empower designers to create jewelry using a technique that is quickly becoming a lost art. Also in the workspace are vintage loopers for making wire loops in jewelry design. The loopers take what is normally a tedious task and turn it into something quick and easy. These vintage tools are the centerpiece of the unparalleled amenities that Jan's Jewelry Supplies has to offer.

Jewelry making classes are held nearly every week, and the staff is always open to assisting with design ideas, basic techniques, and proper use of findings and tools.

This nearly 20-year (and counting!) journey is a prime example of what hard work, perseverance, excellent employees, and an eye for everything that sparkles can achieve.